Arnold “Arni” Cohen opened the doors to the flagship restaurant in 1965 at Market Square Shopping Center in Lafayette. Originally seating a little over 100 people, within 10 years Arni’s at Market Square was one of the largest and most successful restaurants in Indiana, with seating for almost 500 patrons.

The Arni's Legacy Lives On

Fresh Off the Press 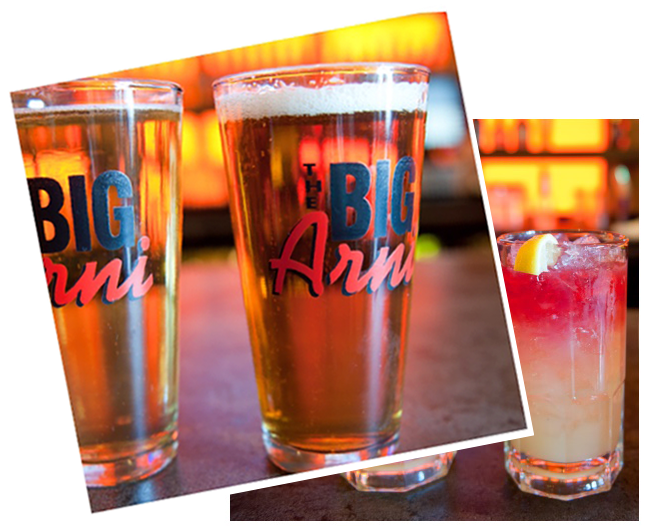 Arni Cohen, a journalism and history major in college, might have seemed an improbable pizza entrepreneur, but he was no foodservice newbie, having worked since 14 at his uncle’s fine-dining restaurant. By 1965, in his early 30s, Arni was ready to strike out on his own. He purchased an existing Pizza King franchise in Lafayette, Indiana, then another in 1971 (both known as Arni’s Pizza King). But he soon would break off to truly rule his growing empire, simply called Arni’s. “He had a successful business that did things the right way, with an old-school approach: taking care of customers, great products and reasonable pricing,” recalls Brad Cohen, Arni’s son and, along with his brother Kurt, current co-owner/executive vice president.

Still, Arni always sought to strike a balance between innovation and tradition. His first large-scale ad-a billboard that simple said, “Meet You at Arni’s”—became more than a slogan, but a way of life for locals. From the late ‘60s to early ‘80s, the original Arni’s thrived as a rollicking entertainment hotspot, hosting acts from jazz and bluegrass to live comedy, and eventually grew to seat nearly 500. But Arni’s also brought genuine value to the community, touching the lives of employees who remained loyal for decades, five generations of customers who shared a single table, and even those without personal connections to the pizzeria (an annual charity golf outing has raised $400,000-plus for nonprofits over 14 years). “We’re so proud, as a family, that people regard us as a true community restaurant,” Brad says. “Lasting 50-plus years in this industry is amazing, and you don’t do it by just thinking of yourself. You take care of the community, and let the community take care of you.”

Arni’s sons had also struck out on their own to build careers before returning to the family business—Kurt in 1988, Brad in 1992—and both respected the brand’s old-school values while introducing fresh ideas to the enterprise. Kurt admits it was initially difficult for his dad to embrace change, but soon the company added franchising, collecting stores at a faster clip; today, Arni’s counts 18 locations in Indiana, 15 company-owned, and a comprehensive, efficient commissary ensures consistency across locations. “Many generations of families have been our clients,” Kurt says. “We want to deliver what they expect—great food and great service—but we don’t chase trends.” Arni himself was involved until his death in 2002, but his legacy continues strong. “He was an amazing man for his ability to take care of people, and that really set us apart,” Brad concludes. “In this industry, you can’t mess up and expect to fix it tomorrow. It’s not rocket science; it’s a way of life.